My Teaching Philosophies in ASL and Deaf Classrooms (Infographic)

Multiple Intelligences Teaching sign language to Deaf and hearing students allows me the flexibility to teach according to my teaching philosophies I mapped out in the visual above. Inherent in American Sign Language (and the hundreds of other global sign languages) is the ability for me to teach with the theory of multiple intelligences as these languages are learned visually, kinesthetically, and linguistically. And what makes it especially conducive to my future employment

When comparing the educational systems of Tibet and Hungary, it is difficult for me to remain neutral in the discussion. I lived in Hungary and speak Hungarian. I was also in the last university group to visit Tibet before it closed to all foreigners in 2012. I saw only the surface of the oppression of the Tibetan people but the demolition of their monasteries, the villainization and imprisonment of their religious leaders, and the purposeful disengagement of children from Ti

Eugenics and the Deaf Classroom

Three of the social and political forces that influenced American education were the Industrial Era, the Eugenics discussion, and the mass education after World War II. Industrialization and Education The first of these forces was the industrialization of United States society. There was a massive shift from artisan work, apprenticeship and niche-specific training schools, to impersonal manufacturing work (Mod-U). This shift in the economy impacted schooling, for good and ill

Philosophy #1 School ≠ Learning. Learning = Living. Our home was full of learning. It was not uncommon for the entire family to sit around the dinner table and swap random facts they learned during the day. My parents were both the first in their families to graduate college and were self-driven, life-long learners. My mom, a teacher by training (though she stopped teaching to raise us), instilled in us a love for learning. Through my early years, I saw that for many of my cl

The influence of John Dewey’s writings on education can be seen worldwide. He elevated the discussion from a laundry list of basic skills to be taught in the classroom, to the exploration of the meaningful purpose of education. The International Baccalaureate Organization is an example of an education program built largely upon Dewey’s key principles of education. These principles have been key in the educational reformation of the last century and their impact can still be s 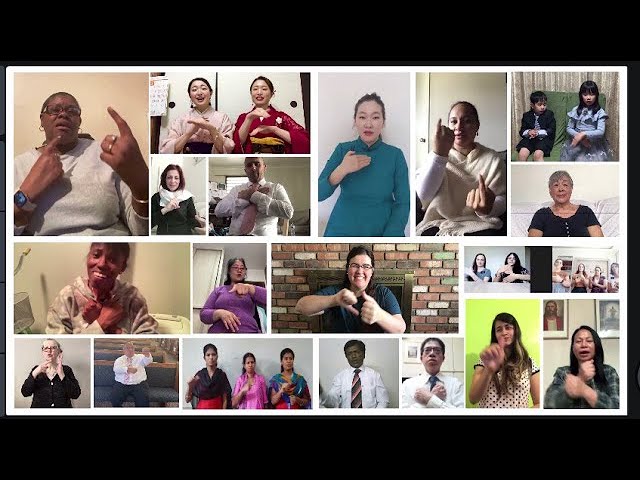 Thank you to all who participated in this video! I am so grateful for each of you and get emotional with every video submitted. The light of Christ is evident in your beautiful faces! #ShareGoodness​ Last year I made a compilation of the primary song "I am a Child of God" in preparation for #GeneralConference​. https://youtu.be/zHHk54k5oVA​ Countries represented: Mongolia Italy New Zealand India Hong Kong Mexico USA & Hawaii Australia Japan Brazil England / UK EDIT: Thank you

Is There One Purpose of Education?

To identify one general purpose in education is complicated by the fact that this purpose can radically differ depending on which grade level a student is in, the environment or approach of a particular school, a teacher’s personal definition of success, or the foci of educational programs. However, if I were to generalize the purpose of the current United States’ public education system, I would say that the primary focus is on producing a standard student. (Whatever “standa

(Infographic) Is My Language Classroom Student, Community, Knowledge or Assessment-Centered?

VIDEO + INFOGRAPHIC: How to Write an Article for the Liahona

VIDEO: I Am a Child of God in World Sign Languages

Discipline in the Sign Language Classroom: Intrinsic vs. Extrinsic Motivation